Hello Wanderers and Book Nerds! Welcome to Top Ten Tuesday. I should start by saying, I don’t cry easily. Not generally. Now motherhood had wrecked havoc on my emotions, so all things kids in distress bring on the rivers of tears… but hey, hormones… amiright? 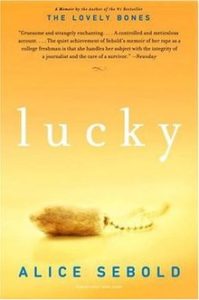 In a memoir hailed for its searing candor and wit, Alice Sebold reveals how her life was utterly transformed when, as an eighteen-year-old college freshman, she was brutally raped and beaten in a park near campus. What propels this chronicle of her recovery is Sebold’s indomitable spirit-as she struggles for understanding (“After telling the hard facts to anyone, from lover to friend, I have changed in their eyes”); as her dazed family and friends sometimes bungle their efforts to provide comfort and support; and as, ultimately, she triumphs, managing through grit and coincidence to help secure her attacker’s arrest and conviction. In a narrative by turns disturbing, thrilling, and inspiring, Alice Sebold illuminates the experience of trauma victims even as she imparts wisdom profoundly hard-won: “You save yourself or you remain unsaved.”

This is one of those stories that set me on my path to working with trauma survivors. It is so infuriating what survivors have to endure while trying to obtain justice, yet so inspiring to see a person’s ability to overcome. This book is just incredible. 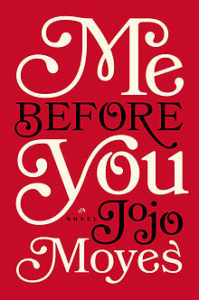 Me Before You by Jojo Moyes

They had nothing in common until love gave them everything to lose . . .

Louisa Clark is an ordinary girl living an exceedingly ordinary life—steady boyfriend, close family—who has barely been farther afield than their tiny village. She takes a badly needed job working for ex–Master of the Universe Will Traynor, who is wheelchair bound after an accident. Will has always lived a huge life—big deals, extreme sports, worldwide travel—and now he’s pretty sure he cannot live the way he is.

Will is acerbic, moody, bossy—but Lou refuses to treat him with kid gloves, and soon his happiness means more to her than she expected. When she learns that Will has shocking plans of his own, she sets out to show him that life is still worth living.

A Love Story for this generation and perfect for fans of John Green’s The Fault in Our Stars, Me Before You brings to life two people who couldn’t have less in common—a heartbreakingly romantic novel that asks, What do you do when making the person you love happy also means breaking your own heart?

I read this a few years ago and I am STILL not over that ending. It was so eye opening and heartbreaking. Jojo Moyes brought these characters to life so beautifully, I couldn’t help but to desperately wanted the outcome to be different. Despite understanding why Will made the choice he did.  My heart is still broken… I probably should mend it with diving further into Louisa’s life but I just haven’t been able to go there… 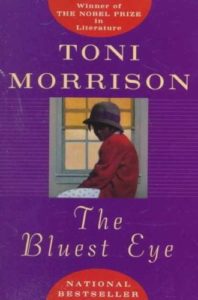 The Bluest Eye by Toni Morrison

Pecola Breedlove, a young black girl, prays every day for beauty. Mocked by other children for the dark skin, curly hair, and brown eyes that set her apart, she yearns for normalcy, for the blond hair and blue eyes that she believes will allow her to finally fit in.Yet as her dream grows more fervent, her life slowly starts to disintegrate in the face of adversity and strife. A powerful examination of our obsession with beauty and conformity, Toni Morrison’s virtuosic first novel asks powerful questions about race, class, and gender with the subtlety and grace that have always characterized her writing.

The Bluest Eye was a required read while I was in middle school, and I will never forget it as long as I live. This book broke my heart and opened my eyes to what others experience in this world. I am a different person from reading The Bluest Eye. If you haven’t read this or Toni Morrison’s other work, you should fix that today. 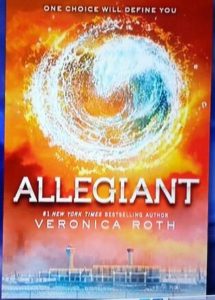 One choice will define you. What if your whole world was a lie? What if a single revelation—like a single choice—changed everything? What if love and loyalty made you do things you never expected?

Told from a riveting dual perspective, this third installment in the series follows Tris and Tobias as they battle to comprehend the complexities of human nature—and their selves—while facing impossible choices of courage, allegiance, sacrifice, and love.

I loved the Divergent series but absolutely HATED the ending. It had been a long time since a book brought me to tears and then came Allegiant.  I will NEVER get over her killing off Tris. Why Veronica, why?!?! It was not okay. Will never be okay. I’m going to ignore it ever happened and just live in my own happily ever after… 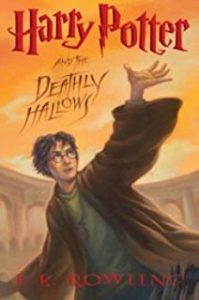 Harry Potter and the Deathly Hollows by JK Rowling

As he climbs into the sidecar of Hagrid’s motorbike and takes to the skies, leaving Privet Drive for the last time, Harry Potter knows that Lord Voldemort and the Death Eaters are not far behind. The protective charm that has kept Harry safe until now is broken, but he cannot keep hiding. The Dark Lord is breathing fear into everything Harry loves and to stop him Harry will have to find and destroy the remaining Horcruxes. The final battle must begin – Harry must stand and face his enemy …

Okay, so I have to admit that I was really late to joining the Wizarding World. My best friend had to basically bribe me to read them and better believe she will not me live it down for as long as I live. Yes, I should have read these sooner. And there are so many gut wrenching deaths throughout this series but for some reason, Dobby’s just broke my heart. Ugh… why?! Why do you kill off my house elves?! 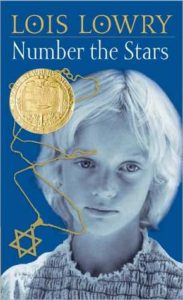 Number the Stars by Louis Lowry

As the German troops begin their campaign to “relocate” all the Jews of Denmark, Annemarie Johansen’s family takes in Annemarie’s best friend, Ellen Rosen, and conceals her as part of the family.

Through the eyes of ten-year-old Annemarie, we watch as the Danish Resistance smuggles almost the entire Jewish population of Denmark, nearly seven thousand people, across the sea to Sweden. The heroism of an entire nation reminds us that there was pride and human decency in the world even during a time of terror and war.

This is yet another book I had to read in school that broke my heart. What were they doing to us in the 90’s? Instilling empathy? (Gasp) I have to admit, there are so many stories from WWII that just wreck me. I can’t even fathom the pain these individual and families endured as well as the long lasting impact on their communities. Man’s Search for Meaning is another guy wrenching and inspiring story of survival in the face of suffering. 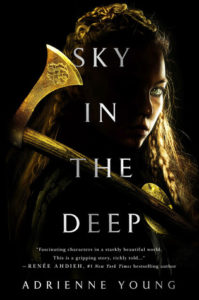 Sky in the Deep by Adrienne Young

Raised to be a warrior, seventeen-year-old Eelyn fights alongside her Aska clansmen in an ancient, rivalry against the Riki clan. Her life is brutal but simple: fight and survive. Until the day she sees the impossible on the battlefield―her brother, fighting with the enemy―the brother she watched die five years ago.

Sky in the Deep is one of my favorite reads in 2018 because it took me completely by surprise. I did not anticipate Adrienne reaching out of the book and snatching my heart but the brutality, love, and growth of this story left its mark on my soul. It was incredible.  Don’t miss this one. 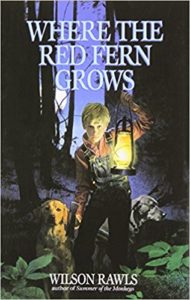 Where the Red Furn Grows by Wilson Rawls

Billy has long dreamt of owning not one, but two, dogs. So when he’s finally able to save up enough money for two pups to call his own—Old Dan and Little Ann—he’s ecstatic. It doesn’t matter that times are tough; together they’ll roam the hills of the Ozarks.

Soon Billy and his hounds become the finest hunting team in the valley. Stories of their great achievements spread throughout the region, and the combination of Old Dan’s brawn, Little Ann’s brains, and Billy’s sheer will seems unbeatable. But tragedy awaits these determined hunters—now friends—and Billy learns that hope can grow out of despair, and that the seeds of the future can come from the scars of the past. 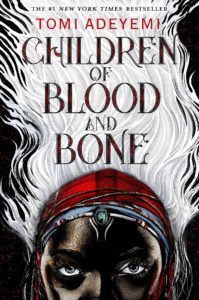 Children of Blood and Bone by Tomi Adeyemi

They killed my mother.
They took our magic.
They tried to bury us.

But everything changed the night magic disappeared. Under the orders of a ruthless king, maji were killed, leaving Zélie without a mother and her people without hope.

Now Zélie has one chance to bring back magic and strike against the monarchy. With the help of a rogue princess, Zélie must outwit and outrun the crown prince, who is hell-bent on eradicating magic for good.

Danger lurks in Orïsha, where snow leoponaires prowl and vengeful spirits wait in the waters. Yet the greatest danger may be Zélie herself as she struggles to control her powers and her growing feelings for an enemy.

Children of Blood and Bone is another one of my favorite books of 2018. It is such a timely reflection of the social injustice plaguing the US framed in an epic, beautiful story bursting with magic. I don’t know how you can read a certain horrific chapter and not feel something for the characters in this book. I remember listening to the eBook in the car and just sobbing at the horror coming out of my speakers. CBB is definitely on the top of my must read books for this year. 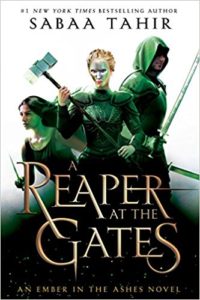 A Reaper at the Gates by Sabaa Tahir

Beyond the Martial Empire and within it, the threat of war looms ever larger.

Helene Aquilla, the Blood Shrike, is desperate to protect her sister’s life and the lives of everyone in the Empire. But she knows that danger lurks on all sides: Emperor Marcus, haunted by his past, grows increasingly unstable and violent, while Keris Veturia, the ruthless Commandant, capitalizes on the Emperor’s volatility to grow her own power–regardless of the carnage she leaves in her path.

Far to the east, Laia of Serra knows the fate of the world lies not in the machinations of the Martial court, but in stopping the Nightbringer. But in the hunt to bring him down, Laia faces unexpected threats from those she hoped would help her, and is drawn into a battle she never thought she’d have to fight.

And in the land between the living and the dead, Elias Veturius has given up his freedom to serve as Soul Catcher. But in doing so, he has vowed himself to an ancient power that demands his complete surrender–even if that means abandoning the woman he loves.

The winner of Nikki’s Ugliest Cry of the year is Reaper! Sabaa ripped my heart our and fed it to her veggies… while laughing her ass off… and doing demo on her home. Seriously. I loved this book from start to finish and found myself sobbing at the end. Then I read her acknowledgements and cried again. I am not okay. I will not be okay until my boy Elias gets some joy. Please, Sabaa?!?! PLEASE?! An Ember in the Ashes is the first book of this series and I definitely recommend picking it up!

4 responses to “Top Ten Tuesday: (Mostly) YA Books That Lead to Rivers of Tears”