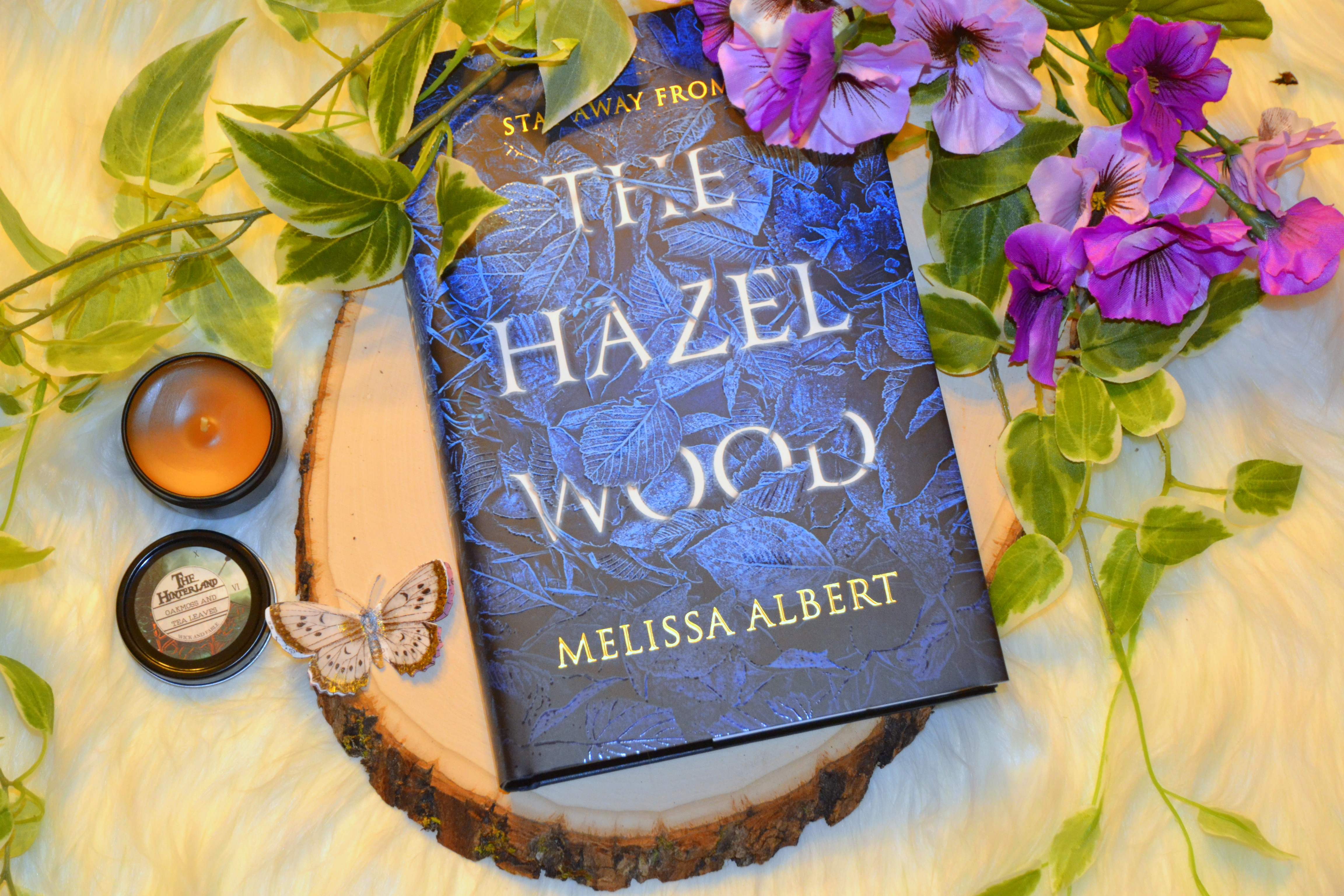 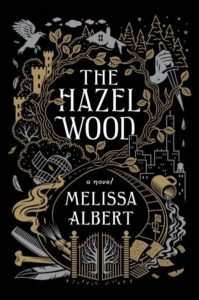 Seventeen-year-old Alice and her mother have spent most of Alice’s life on the road, always a step ahead of the uncanny bad luck biting at their heels. But when Alice’s grandmother, the reclusive author of a cult-classic book of pitch-dark fairy tales, dies alone on her estate, the Hazel Wood, Alice learns how bad her luck can really get: her mother is stolen away―by a figure who claims to come from the Hinterland, the cruel supernatural world where her grandmother's stories are set. Alice's only lead is the message her mother left behind: “Stay away from the Hazel Wood.”

Alice has long steered clear of her grandmother’s cultish fans. But now she has no choice but to ally with classmate Ellery Finch, a Hinterland superfan who may have his own reasons for wanting to help her. To retrieve her mother, Alice must venture first to the Hazel Wood, then into the world where her grandmother's tales began―and where she might find out how her own story went so wrong.

Typically, I do not read many books that are retelling fairy tales so I am unsure if I would have picked up The Hazel Wood on my own. When I do come across a new book, I generally check out a few reviews just to get a feel of how its been received. Regarding this one, there were a few reviews who found some of the content problematic. Specifically a situation with the police which I will discuss in a bit. Despite some of the love/hate surrounding this book, I am glad that I gave it a chance.

Our two primary characters are Alice and Finch. Alice is snarky, jaded, angry and very enmeshed with her mother while Finch is her foil in many ways.  Finch has his own darkness but he chooses to laugh, shine and believe in the possibility of magic. Together they go on the hunt to find Alice’s mom. For a good 60% of The Hazel Wood, you get the sense of a looming darkness and can pick up on places where the Hinterland has bled through but it feels much more like a mystery than fantasy. So you might be disappointed if you go into The Hazel Wood expecting a fantasy. I love mysteries so I didn’t mind this at all.

The Fairy Tales are The Best Part – Hands Down 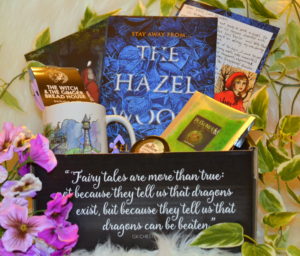 I found the fairy tales within the story line of The Hazel Wood to be my absolute favorite part of this book. They are not your typical fairy tales. There are no princes to make everything right with a kiss. They are dark and delightfully twisted. Much more reminiscent of the original tales that were turned into fluff by Disney. I really, REALLY need a copy of Tales from the Hinterland. Seriously. Please publish this Melissa Albert. They are just so good.

When Alice was born, her eyes were black from end to end, and the midwife didn’t stay long enough to wash her.

While I wouldn’t call Alice a very likable character through out most of the story, by the time you have the full picture, you can at least understand where she was coming from. I have seen a lot of criticism of her being selfish and abusive, but I am not sure what was expected from her. View Spoiler »SHE IS A FAIRY TALE VILLAIN. And not only that, she was removed from her home and expected to thrive in a new world, while being on the run, and never really knowing who she is or understanding why she feels the way she does. It is no excuse for her being an asshole at times but placed into context, her behavior makes some sense. « Hide Spoiler I found Alice compelling, particularly toward the end where she is trying to fight the plan that has been laid our for her in the story.

Finch might be the second best part of The Hazel Wood. I absolutely adored him. Despite the darkness in his own life, he has this sense of wonder about him that I found endearing. I also enjoyed that he was one of the only people to put Alice in her place when necessary. He added a life to the story and if there is more in this universe, I hope it follows his adventures. 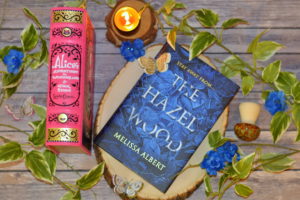 Now Lets Talk About the Scene with the Police Officer

Full disclosure: I am a licenses clinical social worker. Mental health and social justice are not just my job but my passion. It permeates every part of my life.  So to be honest, I went into The Hazel wood waiting to be frustrated regarding this scene. However,  I found I had a completely different opinion after reading it.

Let me set it up for you. Alice and Finch roll up on what looks like an accident or crime scene of some sort. Alice acts like a bratty, selfish, privileged child with the cop and Finch calls her out on it. She feels shame but instead of recognizing her privilege or even listening to Finch’s point of view; she becomes defensive, angry and starts pointing figures back at Finch. Sound familiar?

Not only is Alice’s response in line with her character View Spoiler »(lets admit it, she is not the poster child for empathy. VILLAIN REMEMBER?), « Hide Spoiler but it is a pretty spot on reflection of how many (eh hum.. white) people act when faced with their own privilege. Need to see for yourself? Check out the Facebook comments on any article discussing the police brutality experienced by people of color. All the sudden it’s – ‘what about: black on black crime, but that person might have committed a crime, they didn’t comply, all lives matter.’ The focus gets directed to anything and everything but the issue people are trying to talk about. This is exactly Alice did – ‘I don’t want to talk about it, your rich so what does it matter to you, let’s drive into a tree.‘

We Should Be Uncomfortable…

Personally I think, Alice’s response SHOULD be uncomfortable to read. You SHOULD feel angry and frustrated. It SHOULD feel like she wasn’t listening and a missed an opportunity for dialogue. It was. Alice was a complete asshole and responded horribly. Unfortunately, it is all to an accurate portrayal of experiences for many in the U.S. And maybe this was the author’s intention. Not to show the compassionate response but reflect back what happens most often thus giving a glimpse of how shitty that might feel to those on the receiving end.

While a little slow to start, The Hazel Wood was a mesmerizing and creepy read. I enjoyed the darkness that shrouded the story. Queen of spoilers here, but for the first time in a long time I didn’t even have the urge. The story had me so entranced that I didn’t skip ahead nor could I really predict the end. However, when I got there I felt like, ‘of course, that is the only way it could have ended.‘