Posted May 10, 2022 by ReadandWander in Blog Tours, Bookish Things / 0 Comments 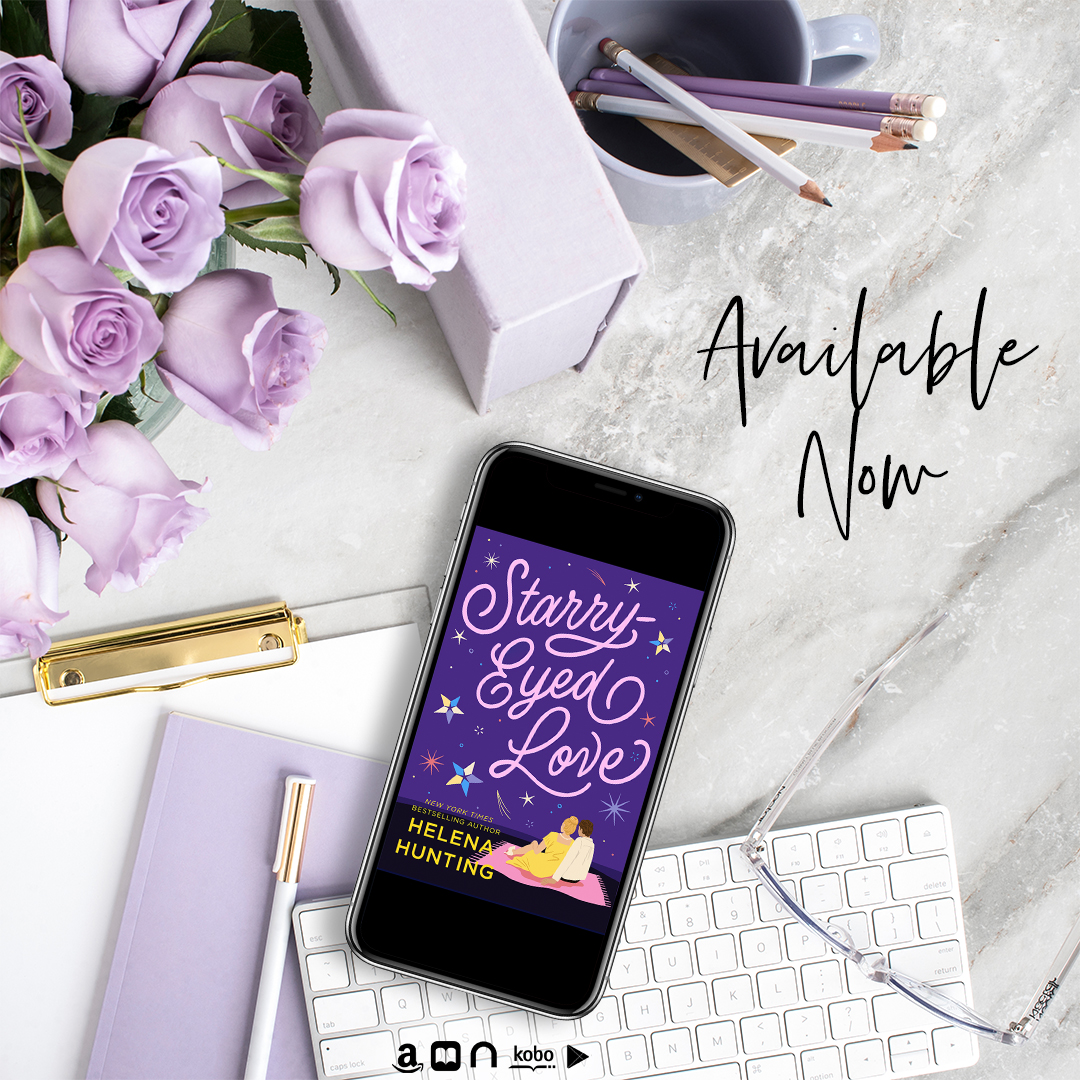 Charming, hilarious, and emotional, Starry-Eyed Love is Helena Hunting at her very best!

Having just broken up with her boyfriend, London Spark is not in the mood to be hit on. Especially not when she’s out celebrating her single status with her sisters. So when a very attractive man pays for their drinks and then slips her his number, she passes it right back to him with a ‘thanks, but no thanks’. As the business administrator for their family’s event hotel, the Spark House, London has more important things to worry about, like bringing in new clientele.

As luck would have it, a multi-million-dollar company calls a few months later asking for a meeting to discuss a potential partnership, and London is eager to prove to her sisters, and herself, that she can land this deal. Just when she thinks she has nailed her presentation, the company’s CEO, Jackson Holt, walks in and inserts himself into the meeting. Not only that, but he also happens to be the same guy she turned down at the bar a few months ago.

As they begin to spend more time together, their working relationship blossoms into something more. It isn’t until their professional entanglements are finally over, that London and Jackson are finally ready to take the next step in their relationship. But between Jackson’s secretive past and London’s struggle with her sisters, London must question where she really stands – not just with Jackson, but with the Spark House, too.