Posted May 18, 2022 by ReadandWander in Blog Tours, Bookish Things / 0 Comments 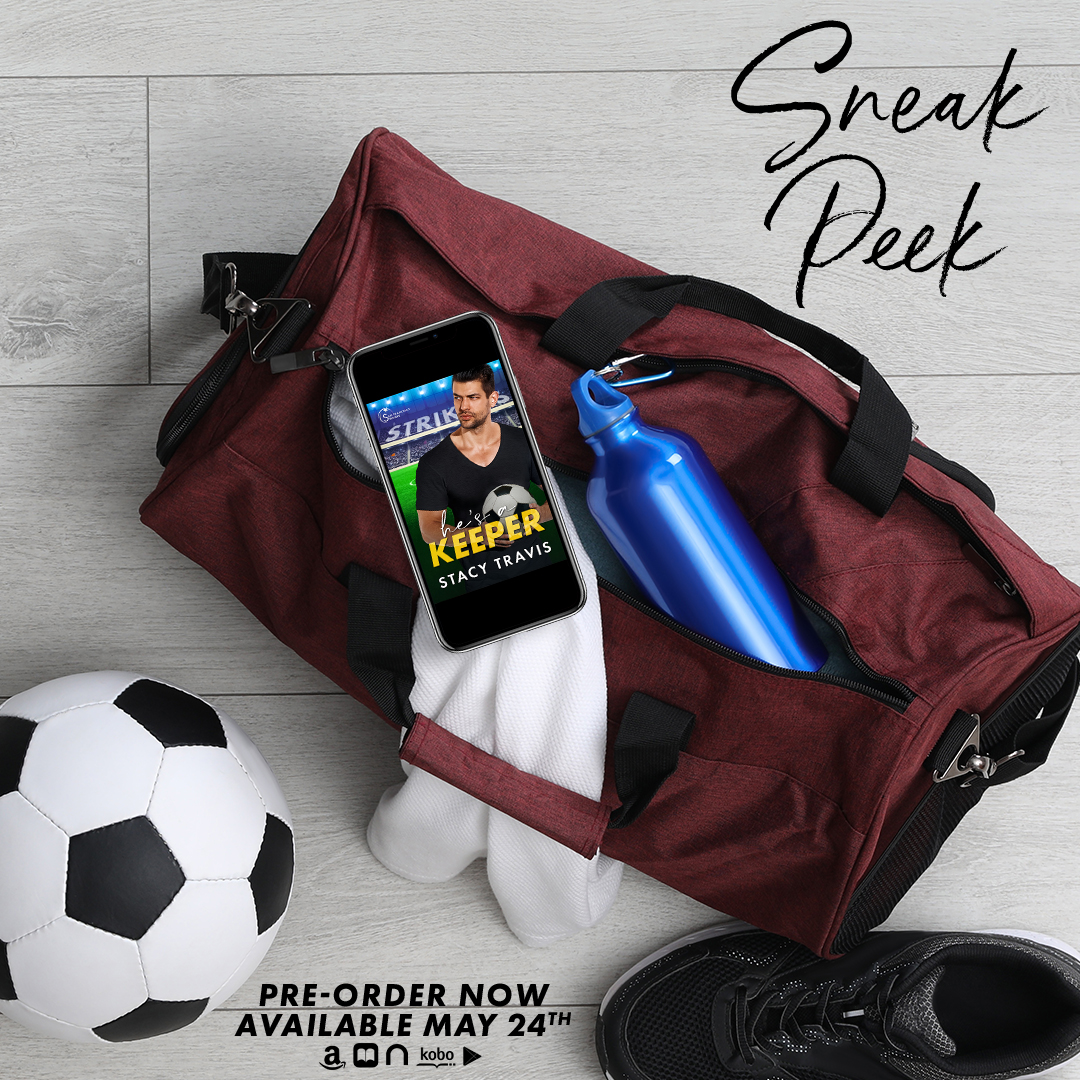 He’s a Keeper, a grumpy sunshine sports romance from Stacy Travis is coming May 24th, and we have your first look inside!

Especially when the player is the sinfully handsome, foul-mouthed Holden Sanders… my new library assistant.

The benched bad boy needed an image makeover, I needed to save my job, and his star status was just what the library ordered to raise awareness for our fundraising campaign. The press can’t get enough of Mr. Growly reading to kids.

Until I need a shoulder to cry on after drowning my heartbreak in too many margaritas. I only typed that invitation to his brawny biceps and perfect pectorals for fun–I never meant to hit send. Holden isn’t the kind of guy to care about tears and feelings, least of all mine. He’s made it clear good girls aren’t his type.

But he shows up–with his strapping shoulder, a box of tissues and a supersized bag of Doritos.

That’s when I realize there’s more to him than meets the eye.

One soulful, smoldering mistake of a kiss has me craving more, and the heat between us quickly builds to a blaze neither of us can control.

But I’m not the only one guarding secrets, and Holden’s might push us to the breaking point.

Even if I’m surrounded by books, I know better than to believe in storybook endings.

And yet, I want to believe… Because I know he’s a keeper.

He’s a Keeper is a standalone sports romance in the San Francisco Strikers series with a HEA.

Keep reading for a sneak peek inside He’s a Keeper!

It’s a rough world out there, and we all sometimes need a good, romantic beach read, even if we can’t make it to the beach. I’ve spent many lazy days walking the streets of Paris and other gorgeous European cities, and if I’m doing it right, I’m bringing you a dash of romance and a vacay fantasy.

I can’t sit still, so when I’m not hiking, biking or running, I’m playing a very average game of tennis. Background music for writing undoubtedly features some U2, Lizzo, Billy Joel, Pink, Taylor Swift, and Led Zeppelin. Not necessarily in that order. And if I could only eat one food group, it would be cheese. Or wine. Or bread. Are those food groups? Whatever.