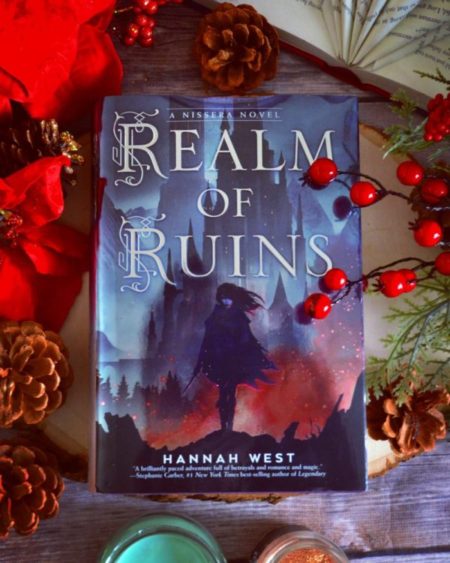 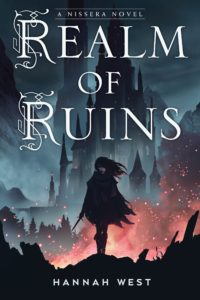 Valory's power is different . . . it's dangerous, unruly, and destructive. Can she channel it to crush a cunning enemy and save the realm from chaos?

"A brilliantly paced adventure full of betrayals and romance and magic. I could have stayed and played in this treacherous world for a long time." - Stephanie Garber, #1 New York Times best-selling author of Legendary

Welcome to Nissera, land of three kingdoms and home to spectacular magic.
A century after her legendary ancestors overcame a bloodthirsty tyrant, seventeen-year-old Valory Braiosa attends a training academy for elicromancers, immortal beings with magical gifts. Yet Valory's immense power seems impossible to tame, and she faces imprisonment by the Nisseran authorities. Then a forbidden resurrection spell awakens a long-dormant evil, and Valory may be the only one who can vanquish this terrifying villain. Together with a band of allies--including an old friend; a haughty princess; and a mysterious, handsome stranger--Valory must learn to harness her power and fight back.

Weaving together her imaginative world of magic with snippets from Beauty and the Beast and other classic stories, Hannah West's gritty adventure is a thrilling, immersive companion to her acclaimed debut. Read this first and then discover the rest of Nissera or start with Kingdom of Ash and Briars--either way, you'll love the journey.

Valory is an elicromancer who unintentionally comes into great and destructive power which leads to death, mayhem and fleeing her kingdom. Basically she is a HOTMESS. Valory can be a bit ‘bahumbug I ‘effed up again’ and takes blame she shouldn’t, but man her development from beginning to end was exciting. The last line of the book is EPIC. I about died.

You can’t study a month’s intricate pattern unless you pin down it’s wings.

Realm of Ruins was a fast paced adventure that wove fantasy elements we all love such as magic schools and heroines coming into their power, with fairy tales. But these are no Disney fairy tales. They are the dark lessons with cunningly brutal creatures of old. The Little Mermaid elements were probably my favorite.

I also really enjoyed the magic system and the test needed to come into your powers; however, I did find myself wanting to see a bit more of the magic. Especially from Valory.

Overall the world was fascinating, the writing was strong and while I felt things dragged a little bit in the middle… the last chapter made up for everything. It was SOO GOOD.