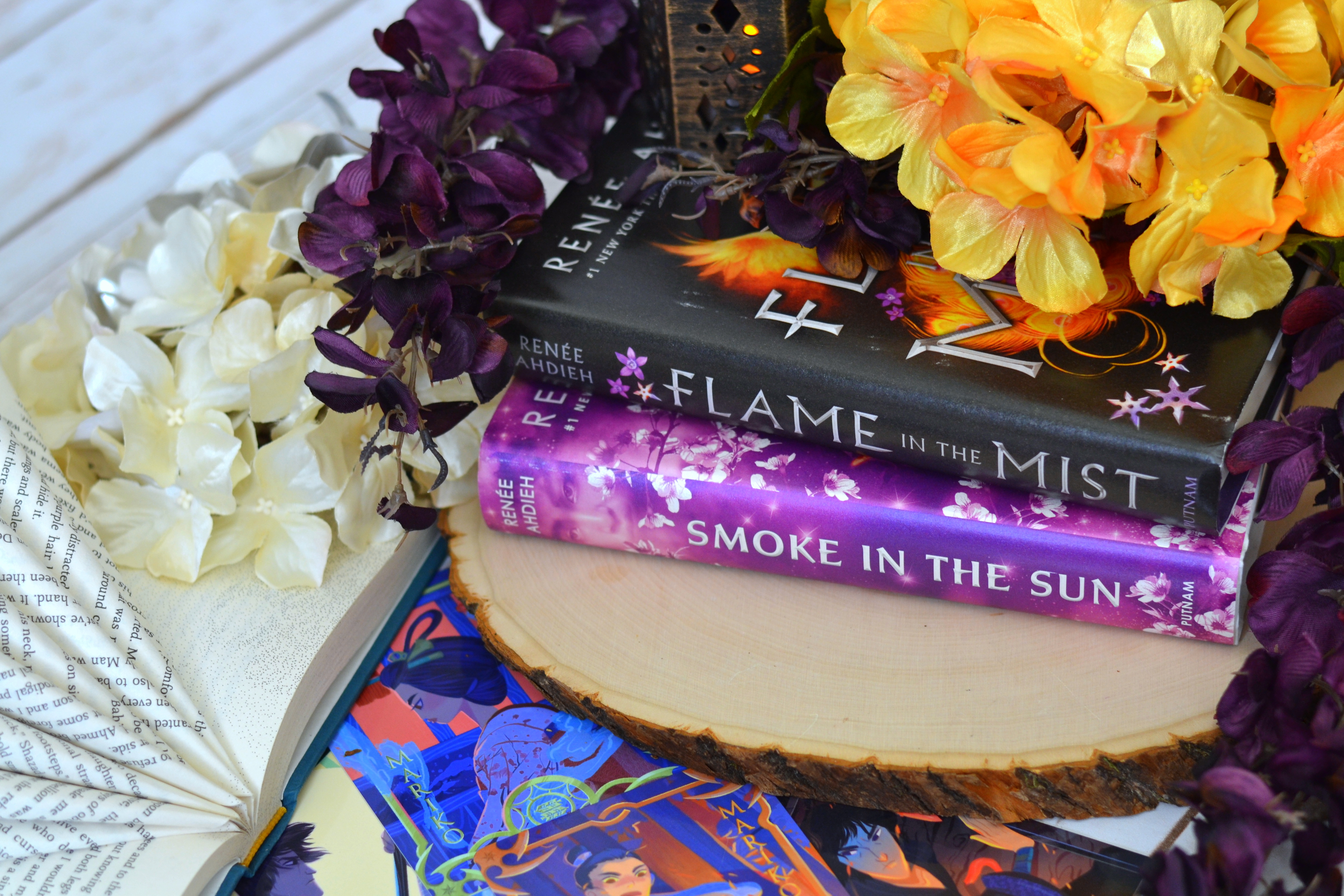 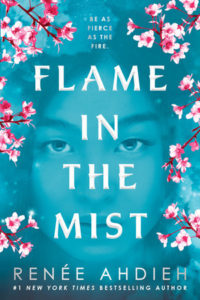 The daughter of a prominent samurai, Mariko has long known her place--she may be an accomplished alchemist, whose cunning rivals that of her brother Kenshin, but because she is not a boy, her future has always been out of her hands. At just seventeen years old, Mariko is promised to Minamoto Raiden, the son of the emperor's favorite consort--a political marriage that will elevate her family's standing. But en route to the imperial city of Inako, Mariko narrowly escapes a bloody ambush by a dangerous gang of bandits known as the Black Clan, who she learns has been hired to kill her before she reaches the palace. Dressed as a peasant boy, Mariko sets out to infiltrate the Black Clan and track down those responsible for the target on her back. Once she's within their ranks, though, Mariko finds for the first time she's appreciated for her intellect and abilities. She even finds herself falling in love--a love that will force her to question everything she's ever known about her family, her purpose, and her deepest desires.

Hi Friends! I apologize for the lag in posts lately. If you didn’t know, I am currently working on my doctorate and each summer I have to travel to campus in Knoxville, Tennessee to complete my residency. This also means that I have a semesters worth of work, crammed into just one month… June. We (lovingly) call residency ‘Hell Week’ but really it is hell month. Needless to say… I am behind.

Good news, I turn in my last assignment for hell month on Sunday then FREEDOM… at least till the end of August. But I’m pretty stoked to have time to relax, blog, bookstagram and most importantly… READ!

Despite the chaos of ‘hell month,’ I was somehow able to read five books! Can you believe that? And damn was June an amazing, emotional roller coaster of book nerdom. I kicked the month off with my first book signing event where I had the privilege of meeting Sabaa Tahir and Renee Ahdieh. If they come to your town, do yourself a favor and GO! Sabaa and Renee are absolutely hilarious and even more so when they are together.

While Sabaa was the draw for me (I love her series), I actually owned all of Renee’s books (killer TBR) and could not attend without having read one first (who does that?!). So I started with Flame in the Mist…

So lets get to the review…

I have been absolutely fascinated by Japanese culture since first grade when I became friends with a Japanese exchange student who welcomed me into her home, fed me amazing food and taught me to count in Japanese.  I am so here for a Mulan retelling or anything to do with Japan.

Mulan, yes… and so much more!

Initially, I had a hard time connecting with our main character, Mariko. She is excruciatingly logical and very much inside her head which meant going over her plans… over… and over… and over again. There were times I just wanted to yell at her to DO SOMETHING, ANYTHING! Just stop ruminating and act before you DIE. But once I thought about it, this behavior makes complete sense for the character. It just drove me crazy because that is so not me… 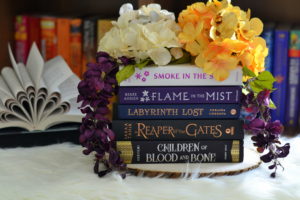 Bravery did not come to her naturally. She spent too much time weighing her options to be brave. Too much time calculating the many paths before her.

What eventually endeared me to Mariko was her growth through out the story. She is fiercely independent, intelligent and a bit (okay more than a bit) stubborn, despite a society that constantly tries to convince her she is less than a man. Yet Mariko starts her journey being unsure and questioning her every move. It was beautiful to see her grow into herself, question what she knows and be authentic with regards to the privileges afforded to her. I also really loved that she was inventive and so much stronger than she ever realized. Can we please have more stories with ingenious, inventive. MacGyver-esk women? Pretty please?

The highlight for me, however, was Okami. His is complex, dark, witty and beautiful. I could not get enough of his character and would read an entire novel just about him. I thought he was a wonderful contrast and challenge to Mariko, which made the story so much more interesting to me.

Such cruelty… When all I strive each day is to convince my shadow I’m someone worth following.

How great a line is that? Man, I need more Okami in my life…

Wait… there is magic?

When I first finished Flame in the Mist, I was a little confused regarding the magical elements in the story line. It was interesting, sure, but did not appear necessary. Now as I am writing this having completed the duology, I can say that the magic does play a bigger role in Smoke in the Sun. So keep that in mind.

Overall Flame in the Mist was a beautifully written, interesting, and fun read. I really enjoyed the nods to Mulan while still creating a unique story all its own. The characters were intriguing and complex which lead me to wanting to know more. Renee’s writing is so descriptive and lyrical that I quickly became a fan, despite being annoyed by Mariko initially.

Note on the audiobook: I really enjoyed the narrator but she might read a little too slow for some.

Have you read Flame in the Mist? What did you think?

2 responses to “Flame in the Mist by Renee Ahdieh | Review”